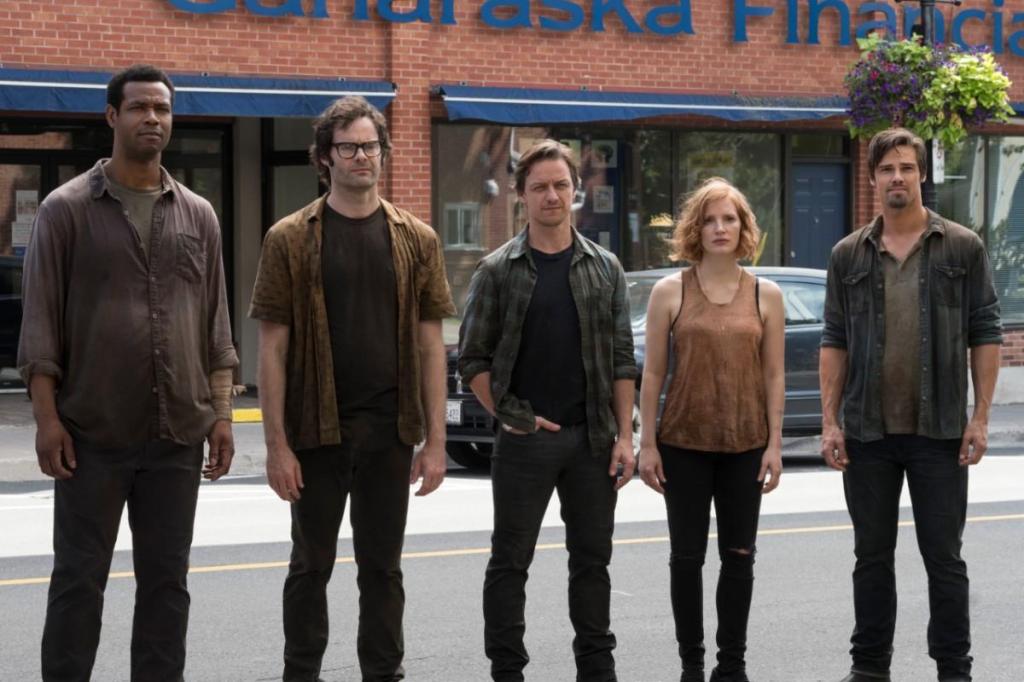 First off, the studios seriously missed an opportunity by not making the tagline for this movie, “You’ll Float Two.” It was right there. Also, apparently Jessica Chastain and Bryce Dallas Howard are two different people. Who knew?

Anyway, we’ve arrived at the final chapter. The remake of the Stephen King classic is actually one of my favorite remakes of the last decade for several reasons. Not least of which the first installment was both terrifying and delightful, so I was excited to see where Pennywise would take us next.

“Chapter Two” directed by Andy Muschietti did not live up to its predecessor.

I’m not sure if the child actors in the first movie were just super charming or if they genuinely performed better than the adults, but I enjoyed seeing them on-screen more than McAvoy and crew. While the first movie relied on suspense and classic terror to give us the spine tingle all horror fans love, this one was hefty handed with the jump scares.

IIt’s been 27 years since the crew delivered a hard (but not fatal) blow to Pennywise the dancing clown. Back together in Derry, all except one, they devise a plan that involves native rituals to kill the clown for good. Everything these characters needed to do before getting to the final showdown dragged on for way too long. An hour of jump scare after jump scare began to make me feel antsy for the movie to just end. Though I actually liked the CG super-sized monsters à la “It Follows” (looking at you Granny), but when they used it again and again, it became cheap.

Aside from that, the use of ancient Native American tribal rituals relayed to the gang by Mike, the Black friend, felt extremely contrived. The “magical” Black and Brown folks saving the day with their ancient mysticism is a trope we can do without for the next hundred decades, in my opinion. Though I am aware this came from the source material.

Richie’s “secret” still felt like a secret by the end of the movie because there wasn’t much done to actually reveal it. Just a hint here and a wink there. That whole plot felt weak and barely there. I wish we could have explored it more.

Critiques aside, this film did deliver on the comedy layer of the story just as well as the first one. Bill Hader was fantastic with the one-liners. There were plenty of scenes I found myself laughing out.

Another fun part was a cameo by Stephen King himself. I very much enjoy when creators of the source material quickly show their face as a nod to the audience.

All in all I’d say see this movie if you’re curious but don’t expect it to be as good as the first one because it just isn’t.