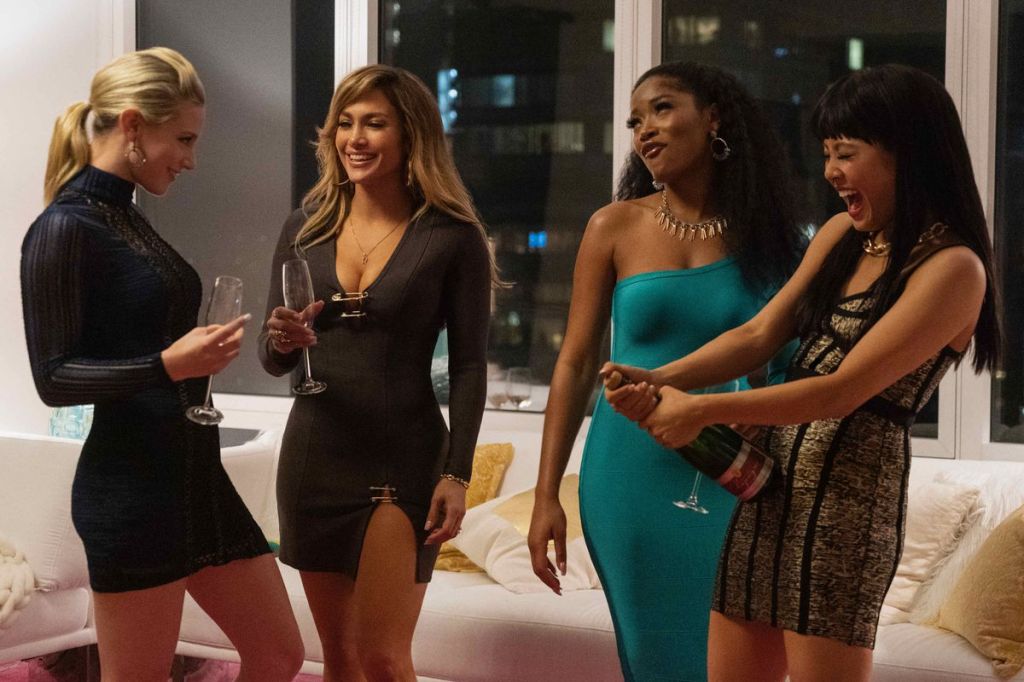 That’s the major theme in the movie Hustlers, inspired by the popular New York Magazine article. Directed by Lorene Scafaria and starring Jennifer Lopez, Constance Wu, Keke Palmer, and Lili Reinhart. Hustlers is a movie about power, privilege, who pays for their crimes and who does not.

Destiny (Constance Wu) recounts her glamorous life working as a stripper at a prominent club in New York City to Elizabeth, a journalist working on a story involving the ladies of the club.

The story begins in 2007 when Destiny was the new girl at the club and was desperate for the mother and mentor she finds in Ramona (Jennifer Lopez) – the club’s leading lady. Destiny and Ramona become a dynamic duo at the club and reward themselves with fashion and finery as the men of Wall Street happily toss cash their way. The money train comes to an end when the 2008 recession hits.

Men aren’t dropping thousands at the club like they used to so the business struggles to stay afloat. Ramona recruits Destiny to take part in a lucrative new side hustle to help the ladies supplement their recession income. Unfortunately, this hustle includes drugging patrons of the club and maxing out their credit cards. Not exactly a victimless crime, though I’m sure Ramona would disagree.

JLo absolutely shines as Ramona. In my opinion, this has been her best performance since 1997’s Selena. There’s a scene where Ramona is on the rooftop of the club taking a break and has nothing on but her stripper get-up and a luxurious fur coat. She looks like art (I honestly wouldn’t mind a painting of that look front and center in my living room).

Constance Wu embodies the innocence and vulnerability of Destiny, and the chemistry between her and JLo was one of my favorite parts of the movie. Every scene with them together, laughing, fighting, crying, or plotting, just felt incredibly authentic.

Hustlers doesn’t have any male leads. Men are only ever shone on-screen as throwaway plot drivers. Because of this, many viewers place this movie in the “female empowerment” category. For better or for worse, I don’t think Hustlers is that. I see Hustlers more as a critique of economic injustice than a story of glitter and girl power.

Throughout the movie, Ramona and Destiny highlight the fact that people with power, and therefore a privilege, take advantage of people without either. The people most privileged and powerful are typically men. Ramona rationalizes that since the men of wall street sent the country into an economic collapse without consequence, it’s a non-issue that the ladies rob them.

Cardi B and Lizzo made their big screen debuts as Diamond and Liz. Two strippers at the club who were pretty much…Cardi B and Lizzo. Liz even pulls out a flute at one point in the film, what a delight!

Hustlers is as entertaining as it is thought-provoking. If you’re into crime dramas or JLo saying words, check this one out.