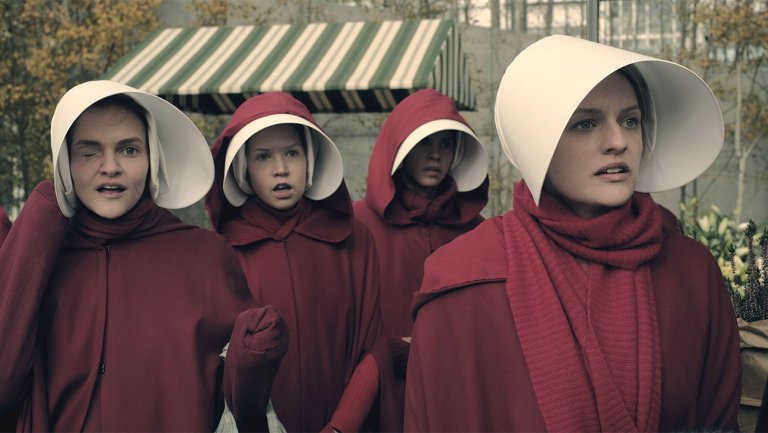 When I first started watching “The Handmaid’s Tale” I absolutely loved it. It terrified a lot of people (myself included) because the story hit a little too close to home. A lot of us could see feel a world like this actually coming to fruition. What made it even eerier was how in season 1 we saw how everything came to be. Women didn’t just wake up one day in Gilead. There was a build up of long time political complacency and policies implemented by far right conservatives that made it easy for a complete government takeover. The triggers were endless.

Beyond the fact that the story was compelling, the performance from everyone in the show was just so good. Every character made you want to watch them. You had characters that you absolutely hated (looking at you Serena and Aunty Lydia), but you didn’t want them to die because that would mean they would no longer be on the show and they were so fun to watch. I was anxious every week to see another episode. How would the resistance fight back? When would Gilead finally fall?

Fast forward to season 3 and I can’t seem to get passed the very first episode of the season. Like, my mind just won’t engage. I’ve been asking myself why that is given the previous 2 seasons have kept me glued to my couch week after week. I think I figured out why.

June (Elizabeth Moss) should be dead and the fact that’s she isn’t pulls me out of the whole story. When I saw June right back at the Waterfords for the hundred millionth time of the series, I cracked.

In previous seasons we’ve seen June attempt to escaped MULTIPLE times. Realistically she should have been strung up on that wall like a Christmas stocking after the first time she tried to escape. Other people seem to be executed or at the very least maimed for doing much less. June botching multiple escape attempts to only end up back at the Waterfords each time is just…

To make matters worse, each time she runs away people sacrifice themselves to get her to safety only for her somehow screw it up. After the escape attempt at the end of the last season where she actually takes the baby and helps smuggle her to Canada, seeing June back in Gilead safe and sound at the beginning of season 3 was just too much. I mentally checked out from the show.

With the build up of the resistance and the Marthas banning together in season 2 it looked like we were finally getting something that would get us closer to some kind of war against Gilead. I think everyone who watches this show would agree that each time this regime takes a hit, it feels like sweet, sweet poetic justice. The boomerang of June running away and coming back makes me feel like the writers are just dangling a carrot in front of us only to keep snatching it away.

There may come a point where I re-visit the series to see what actually happens with June and co. but for now I’m taking a break.

Someone let me know if she makes it out for good.