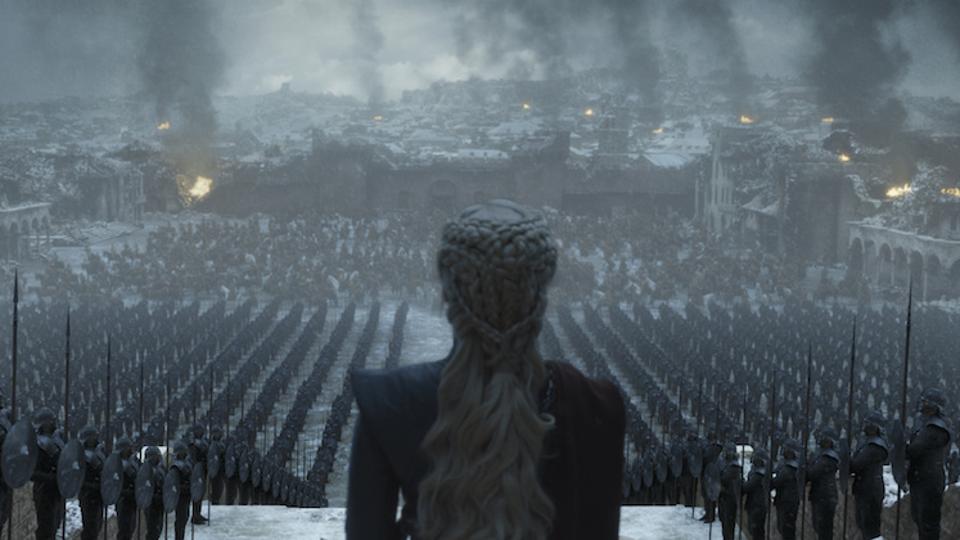 And Now Our Watch Has Ended

It finally arrived. The final episode of “Game Of Thrones” came through like a mighty wind and in my opinion, it did not disappoint (except for that part where Bran becomes king because wtf).

We knew that after the death and destruction Dany wreaked on the city of Kings Landing last week that in the final episode she would die. Lots of fans specualated that Jon would be the one the kill her but I thought that it would be Arya. Sure, it didn’t make a whole lot of sense for Arya to have two of the biggest kills of the season — but why else focus on her journey through the chaos so much in the second to last episode if not to give us a prologue into her next major kill?

Whatever, so Jon kills Queen Daenerys Targaryen with the classic kiss and dagger move. Classy Jon, very classy. This kill also makes him two for two as a man who kills his lovers (ladies beyond the wall, watch out for this one!). I have to say, even though Dany went off the absolute deep end last week, and killing innocent people is definitely a line that should not be crossed — I was sad to say goodbye to the mother of dragons.

We’ve watched Dany grow from a child bride with absolutely no agency, to a Queen and it’s been a thrilling ride. I hated to see her go out with zero applause. When precious baby Drogon nudged his mom in hopes that she was just sleeping, I felt a smidgen of heartbreak.

And so we’re left with no Queen and no dragons. With Dany out of the picture a council of lords and ladies including all of the remaining Stark children (sans Queen slayer, Jon Snow) are left to decide who will rule the seven kingdoms.

Tyrion has been a captive of Grey Worm and Dany’s remaining armies along with Jon Snow. At the council’s request, Grey Worm brings the last Lannister to the council and he elects none other than Bran “Three Eyed Raven” Stark to be the protector of the realm. The group, include many of the characters we’d thought we had already said our goodbyes to – including Brienne, Sam, and Yara all agree in the first ever Westerosy election that Bran will be the new King of the seven six kingdoms. Winterfell will remain it’s own free state.

We come full circle when Jon’s punishment for killing the Queen is to be sent to the wall where he will serve his life sentence as a member of the night’s watch. At Castle Black Jon is reunited with the one true good boy, Ghost and our favorite milk guzzler Tormund Giantsbane. This made my heart smile.

The series ends with Bran asking his council (which include Samwell Tarly as Maester and Bronn of the Blackwater as the master of coin!) if anyone has spotted Drogon. Since they haven’t, Bran tells them he will find the dragon himself. Warg on.

In Winterfell, Sansa Stark is made Queen in the north which was extremely fitting. Arya sets sail to find what exactly is west of Westeros, and Jon is King beyond the wall being back on the night’s watch and having united the north with the free folk.

“Game of Thrones” began with the Starks being betrayed, beheaded, and torn apart. It ended with the Starks ruling all of the seven kingdoms as peacefully as they can. Ned would be proud.

2. Ghost finally getting the pets he deserves.

Was that snow or was that ash?